The Christmas Clubs of the Nineteen Fifties 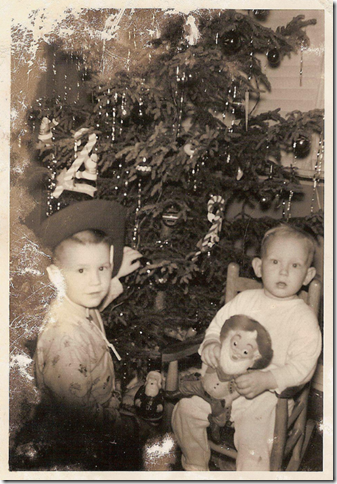 A Christmas Club in the 1950s was quite something to behold, especially to the children growing up in those austere times. The Christmas Club was a phenomenon that seemed to appear overnight although I am sure that a great deal of thought and planning went into its creation.

It was essentially a savings scheme designed by shops in which money could be put away and goods purchased at that festive time which even today is the most expensive time of the year. The concept was simple. The shopkeeper held a register or book and whatever amount you wanted to pay in was recorded in that book and again on your own personal card allowing you to keep up to date on your contributions.

Signs appeared in shop windows encouraging everyone to “Join Our Christmas Club” in the weeks after Halloween. Many outlets, the little corner shop, butchers, chemists and even some of the larger stores, offered this saving facility but for children the ones most enjoyed were of course those selling toys.

It is a mystery to me how after almost sixty years I can still vividly recall the sheer delight of pressing my nose to the cold November glass of Stafford’s shop on the Springfield Road which sat opposite the RUC station. Stafford’s was sandwiched between the sombre Wells Pawnshop at the corner of Colligan Street and another establishment that later became Judith’s shoe shop.

Stafford’s Christmas window had to be viewed at night time for that was when the magic of light and colour brought this magnificent wonderland alive. Someone from the shop surely applied the patience of Job to the task of dressing that festive window for there was no spare space and even when we revisited, which we often did, there was always something new to be seen. It was the complete Christmas treasure trove and pride of place at the centre was the multi-coloured invitation to “Join Our Christmas Club.”

There it was at the centre of the window display standing proud and inviting. A hobby horse. Beautiful it was with what looked like real dappled hair. Red reins dangled about its wonderful head would surely give you enough control to easily win the Grand National. The dream of owning such a fine horse was beyond most of us but some lucky devil woke early on Christmas morning and giggled and laughed and squealed with delight and for that day became a champion jockey.

I loved the torch that changed light colour at the flick of a switch. There was a film projector that erroneously suggested you could turn your bedroom into a cinema. The clockwork train set thrilled us no end as it raced across the front of the big box with billowing smoke drifting behind. Guns, six shooters and rifles and Indian headdresses were set in a western corner and our interest in them stemmed from our taste in the films we watched so avidly in the Diamond, Clonard and Broadway picture houses. Of course girls were catered for with dolls of all shapes and colours and they often closed their eyes when laid down to sleep in big wheeled prams. There were boxes of fragrant soaps with bows, eau de cologne and perfumed water in oddly shaped bottles that made the ideal Christmas gift for mums or sisters. Very popular was the compendium of games and we were puzzled as to how there could be so many games in such a small gaily coloured and exciting box. Selection boxes of all the popular brands of sweets and chocolates were hugely in demand. Lead soldiers in vibrant costumes were arranged in battle formation to replay the Alamo or Custer’s Last Stand while a simple skipping rope with handles lay curled in the corner. The dart board with accompanying darts was appealing as were the many musical instruments such as drum kits, trumpets and mouth organs. There was a spinning top that according to the publicity on the box hummed with perpetual joy. 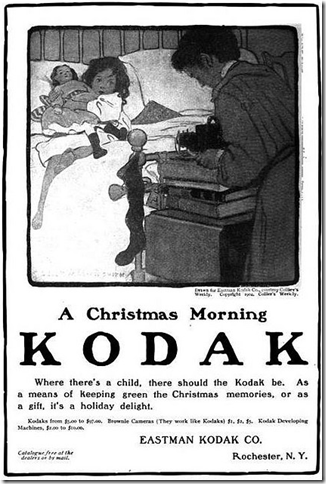 Most of us joined the club in the first week of opening and I believe the minimum deposit was 3d or thruppence as it was known then. Delight radiated from our faces as we left the shop after the shopkeeper had put our names in the big ledger and ceremoniously handed over our savings card with its red lines cuddling the first entry.

We used Stafford’s shop window much as one used a catalogue today. It gave us ideas, notions of things that Father Christmas could be asked for and it gave us the incentive to save as much as possible for presents and personal items.

As Christmas grew near you were expected to have made your mind up as to what you were going to purchase so that it could be put away securely and in the words of the shopkeeper we would, “Avoid disappointment.” Some of my friends saved well and there were numerous debates as to the pros and cons of one large item or many smaller ones.

Many years later I joined the Christmas Club in a shop called The Casket in Cavendish Street to make sure that my eldest daughter Lorna got her preferred present of a three wheeled scooter. The delight on her face on Christmas morning stood testament to the value of Christmas Clubs.

The butcher’s Christmas Club differed slightly from most others. Payments were recorded on a large poster sized sheet of paper suitably lined to accommodate names and amounts paid. This was sellotaped to the pristine white tile behind the counter and could be viewed by all who entered the shop. Privacy? No one seemed to mind.

In Cavendish Street opposite Gortfin Street stood Mc Givern’s butcher’s shop and at Christmas extra festive lighting showed off the plump turkeys hanging from steel hooks to their best advantage. These birds were semi plucked but if more dressing was required the friendly shop workers would be only too willing to assist. I remember with fascination watching the blood dripping from the beaks at the end of the strangled neck and being soaked up by the saw dust covering the floor. Also in the window the butcher had dangled a Christmas Club invitation using the strong white string used for wrapping meat and parcels. Many families used the club not only for the turkey but also for the roasts and joints of meat that perhaps only appeared on their tables on that special occasion in late December.

One Response to The Christmas Clubs of the Nineteen Fifties