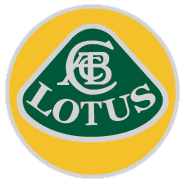 Gerry Kinnane was a racing car driver who lived at 80 Iris Drive in West Belfast. His working life began as a compositor for a local newspaper but he had a passion for fixing up motorbikes and cars which he did outside his house. To indulge his interest in motors he opened his first garage in Gracehill Street in The Bone area of Belfast’s Oldpark. He named his new enterprise Gracehill Motor Works and he was to take his garage to various sites, Islandbawn Street, Beechmount Avenue beside Barne’s fish and chip shop and finally to Connolly’s old garage at La Salle on the Falls Road. Throughout he was to keep the same name above the door, Gracehill Motor Works.

Gerry was an idol to many in the fifties / sixties because he could drive fast machines that normally you saw only in the cinema or on Pathe News. He was immersed completely in the world of motor vehicles, repairing, conserving and of course driving. He enjoyed speed and competing but while practicing at Nutts Corner in 1968 he had an accident and injured his foot that put paid to his personal racing. It was at this time Gerry bought Connolly’s garage which was much bigger than his previous premises in Beechmount.

In 1969 Graham Chapman of the famous Lotus Cars decided to retire his racing team and Gerry Kinnane’s successful bid of £12,000 secured him two racing cars, a trailer, all associated spares paraphernalia such as gear boxes, engines and wheels. Most valuable were of course the two cars that had been raced the previous year by the soon to become Formula One World Champions Jochen Rindt and Graham Hill. And so Team Ireland Racing Cars now had the strong infrastructure that would lead to success for many years.

Team Ireland’s principal drivers were John Pollock, Damien Magee and John Watson and they were frequently seen around the team headquarters at Gracehill Motor Works. They raced all over Ireland in places like Kirkistown, Bishop’s Court, Mondella and Phoenix Parks. Occasionally they took part in races in England and even ventured on to the continent. It was a very successful period and Gerry’s home in Iris Drive and later in Dunmurray was crammed full of trophies and other racing awards.

The racing cars were in the livery of green, white and gold as befitting the team name. They had broad wheels at the back and much narrower ones on the front. These cars were some of the first in Ireland to have airfoils for stability. Another innovation was the carrying of a fire extinguisher within the car and this safety feature illustrates just how dangerous a sport this was at this time. The drivers wore overalls, gloves, helmets and goggles. The cars had very small visors that offered little protection as the cockpit was open to the elements.

Along with the team colours the driver’s name and mechanic’s name were printed along the side of the car together with the number which was decided by the position the car came in the previous year’s overall competition standings. Race preparation was meticulous and frequently included a test run along the nearby M1 motorway although most testing was done at Nutts Corner.

The contribution made to the success of Team Ireland Racing Cars by Fred Smith, Gerry’s friend, brilliant mechanic and wonderful person, could not be overstated. When it came to cars and engines Fred had an encyclopaedic knowledge. He was quite adept at coaxing the best from precious resources to benefit the team and set them on winning ways.

Gerry Kinnane was tall at six foot plus and it was a wonder he was able to get his long frame into those narrow cars. Clearly he was a man of focus and did things with a grim determination. Gerry loved sport. When he was younger he played in goal for Distillery Football Club and later in life he enjoyed playing golf. He was a good business man and all his enterprises were successful. He was thrifty and didn’t throw his money around. Over many years he built up a reputation second to none. He treated his customers and friends fairly and with respect. Gracehill Motor Works became famous for quality work because of Fred Smith and Gerry. Their client list had people from all sections of society including those from the racing fraternity. They built engines for all and even provided an engine head for Eddie Jordan’s team.

When he had finished with racing Gerry spruced the cars up to their usual perfection and sold them on to a collector in America.

Gerry Kinnane, what a man. He took his interest in cars and made a very successful business from it. He made things happen by surrounding himself with the best like minded people, those skilled artisans who knew what they were about and as a result Gerry was able to establish the racing team that went from strength to strength. The best attracts the best and this was evident in the calibre of staff employed in Gracehill Motor Works.

When looking back across the years we should be proud that Gerry, Fred Smith, Joe Clarke and all the others created something very special which gave enjoyment and excitement to so many.

Gerry never married. He is interred in Milltown Cemetery Belfast not far from his team headquarters.

There are neither statues nor blue plaques to the memory of Gerry Kinnane and his contribution to motorsport. Perhaps there should be.

One Response to Gerry Kinnane and Team Ireland Racing Cars